Dr. Jason Houston is Director and Professor of Humanities at Gonzaga University in Florence, where he teaches Dante and leads the Gonzaga in Florence campus.

From 2003 to 2016, he was Assistant Professor and then Associate Professor of Italian at the University of Oklahoma, where he created a new B.A. program in Italian, developed a new study center for OU in Arezzo Italy, and managed a public/private partnership between OU/ENEL Green Power/Capitoline Museums of Rome.

His research focuses on Giovanni Boccaccio and his complicated relationships with other key Trecento Italian authors: Dante Alighieri, Francesco Petrarca, and Zanobi da Strada. His publications include numerous articles and review articles in journals such as MLN, Dante Studies, Studi Sul Boccaccio, Renaissance Quarterly, and Speculum. His monograph Building a Monument to Dante: Boccaccio as Dantista (UToronto Press, 2011) underscored Boccaccio’s strong influence in the development of Dante Studies. In 2018, Harvard University Press will publish his translation (with Sam Huskey) of Boccaccio’s Shorter Latin Works in the I Tatti Renaissance Library series, which bring many of Boccaccio’s text into English for the first time ever. He is editing a volume for the Perspectives on the Decameron series (Day V). Currently, he is investigating the little-known figure of Zanobi da Strada and his position as the “fourth crown” of the Italian Trecento. 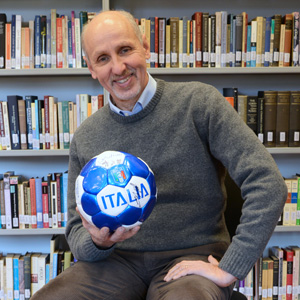 He takes a practical, hands-on approach to language teaching and believes that students progress more rapidly when they are actively engaged in the classroom and excited about using Italian outside of the classroom as well.

He encourages students to get out into the community to meet Italian students and families, do volunteer work and to take advantage of the many wonders that a city like Florence and a country like Italy have to offer. 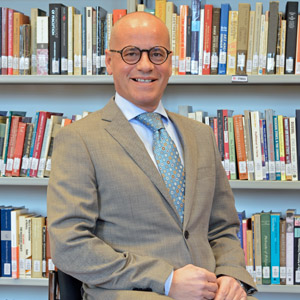 Dr. Alessandro Pazzaglia has worked at Gonzaga in Florence since 2002. His responsibilities include the following:

Fiscal: Preparation of all documents needed by the University’s local CPA for filing the Annual Income Tax Return;

Accounting: Book keeping; expense controlling; act as the University’s treasurer; expense approval; Monthly and yearly auditing in conjunction with the Controller’s Office in the U.S.

Operations: Responsible for selecting and dealing with suppliers and vendors.

Legal: Preparation, of contracts service, in particular with Hotels where students will be staying during the Semester); Responsible in Assisting the Director for safety and security measures and procedures, functional maintenance of equipment and premises. Responsible for legal issues for students (i.e. Residence Permits).

IT: Keeping contacts with IT external technicians, assistance for IT issues to students, staff and faculty

Function as a liaison between the Florence Program and Main Campus for many issues and matters. 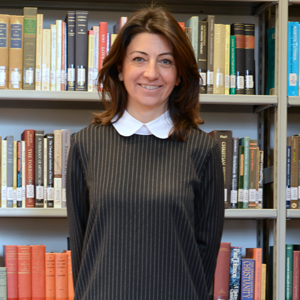 Federica Dionisio has worked at Gonzaga in Florence since 2006.

As Assistant Director for Student Development, Federica assists students with personal needs, cultural adjustment, housing, and emergencies. She supports the extracurricular activities including internships and volunteer service. Students are encouraged to continue their community service developing a connection with the Florentine community.

Federica identifies and contacts service sites in Florence in order to place students in volunteer roles. Federica organizes the volunteer schedule in accordance with the institution’s needs and the students’ class schedules, files the paperwork required for liability insurance for the students, and follows their progress during the semester or year. Once or twice a semester, follow-up meetings are held with all of the volunteers, so that they can debrief regarding their experiences at their site, and hear about the experiences of other volunteers.

As Internships Coordinator, Federica provides students opportunities to have firsthand experience working in an Italian business, artistic or cultural institution while earning academic credits. The program is being built by adding new local organizations and companies every year. The goal is to involve students in an Italian working reality, according with their major and interests. 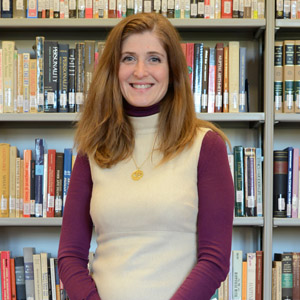 Silia Passeri is the Gonzaga in Florence Registrar. As such, her role includes the following:

Institutional and Academic services: Development of academic calendar and course offerings including the building of courses each semester utilizing Banner, room scheduling, assistance on course content and disability support services, and serving as the liaison to faculty for academic issues and activities. 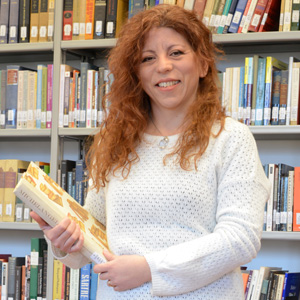 Elisabetta Caruso has been the librarian at Gonzaga in Florence since 2015.

Elisabetta graduated in Architecture at the University of Florence, earned a degree in Palaeography, Diplomatics and Archives Administration at the State Archives School of Florence, and then a post-graduate degree in Library Sciences from the Vatican Library, Rome.

She has worked in many Florentine cultural institutes and libraries as archivist, librarian and cataloger (Historical Archives of ENEL, Historical Archive of Fiesole, State Archives of Florence, Music School of Fiesole, Bibliotecanova Isolotto, Accademia dei Georgofili, Dominican Library of Santa Maria Novella, Kent State University Florence, and The British Institute of Florence) before joining the staff of Gonzaga in Florence.

In addition to the library services, she organizes the pro-seminars and lectures series and is responsible for the contents of the Gonzaga in Florence website.

Originally from Finland and India, Daniela Verma is especially passionate about study abroad because she too was an international student for most of her student life. Being able to help students through their own study abroad experience is a great reward! This is why she was so excited to accept her position at GIF, and has been working at the university for four years.

As a Student Development Coordinator, her primary focus is planning the weekend trips for the Travel Learning Program. These trips include visiting cities in Italy, as well as visiting other countries around Europe such as Hungary, Poland, Ireland, Spain, and Slovenia. Usually there are 5-7 weekend trips offered per semester.

In addition to planning trips, she also manages the Liturgy Committee with Don Alessandro Andreini. This committee helps to meet the spiritual needs of the students by planning mass on campus, offering a pilgrimage, and organizing other events and charity work for the students to participate in. Furthermore, Daniela is always available to help students adjust to life in Florence by working with the Student Pensione Representatives, organizing and staffing cultural activities in Florence, and answering any questions that the students may have throughout the semester. 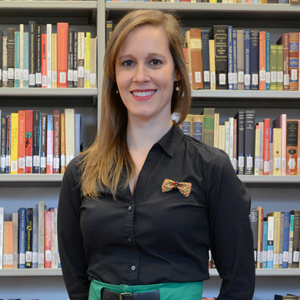 Jackie Pollis is one of the Student Development Coordinators at Gonzaga in Florence. An Italian-American from the Midwest of the United States, she has been working at GIF since 2014.

Jackie studied at university in Bloomington, Indiana for her undergraduate degree and then received her Master’s from Loyola University in Chicago in International Education.

In her position at GIF, she helps organize cultural activities in and around Florence, as well as plans events and workshops at the school in order to help students understand and immerse themselves into Italian culture. Additionally, she holds a bi-weekly women’s group meeting for female students who want to share their experiences with like-minded women. Jackie also organizes the Sustainability Committee at GIF, which promotes green efforts around the school and in the pensione where the students live.

Born and raised in Florence, Guido Gabelli left his beloved city right after graduating in Peacekeeping, Mediation and Conflict Management and Resolution, and started working in the humanitarian sector.

He lived and worked in Kosovo between 2005 and 2007, then moved to Sri Lanka until 2009. He then moved to the Philippines and, after a brief, four-month spell in China, finally came back to Florence. While abroad, he worked for a number of humanitarian organizations (Operation Dove, Nonviolent Peaceforce and UNHCR). He carried out many kinds of humanitarian intervention, from civilian protection to development cooperation, and human rights defense to refugee camp relief interventions.

Since coming home in 2010, he has taught English in all sorts of contexts, to all sorts of people (from soldiers to hairdressers) and ended up as an elementary school teacher for four years between 2011 and 2015. He started working for Gonzaga in Florence as a Student Development Coordinator in 2015.

In his free time, he volunteers with different associations and privately in the field of cross-cultural communication. He also plays bass and double bass, and he loves all that jazz.

Giacinta Benini has been the Secretary and Special Events Assistant to the Director at Gonzaga in Florence since 2005. As School Secretary and Receptionist, she provides hospitality and resources to both students and faculty. She assists students with accessing medical care, scheduling appointments with the GIF doctors and, when necessary, with external specialist visits or exams. 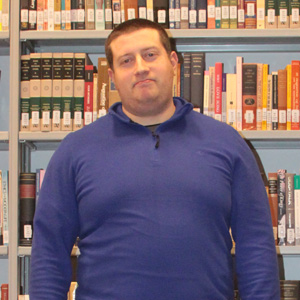