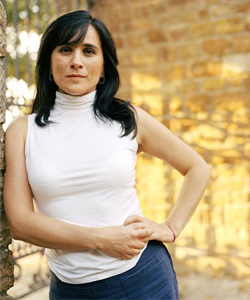 Since its first edition in 2009 she was regularly invited by Lorin Maazel at his Castleton Festival in Virginia, where she worked as Italian Diction Coach for the Italian Opera productions and as Professor of Italian Art-Songs for the Castleton Artist Training Program.

As an Art-Song accompanist she has performed with many world-famous singers for the most important musical institutions in Italy and in various European countries. She has also been featured on national and international radio stations, and she recorded two world-premiere CDs for Nuova Era Label.

Born in Rome, Daniela Costa studied piano, composition, and musicology at the Santa Cecilia Conservatory and at the University of Rome. Thanks to a EU grant, she completed an Advanced Post-graduate Degree in Chamber Music at the School of Music of Fiesole. Then she specialized in German Lieder and French Chansons (Advanced Post-graduate Art-Song Accompanist) at the Musikhochschule in Zürich.