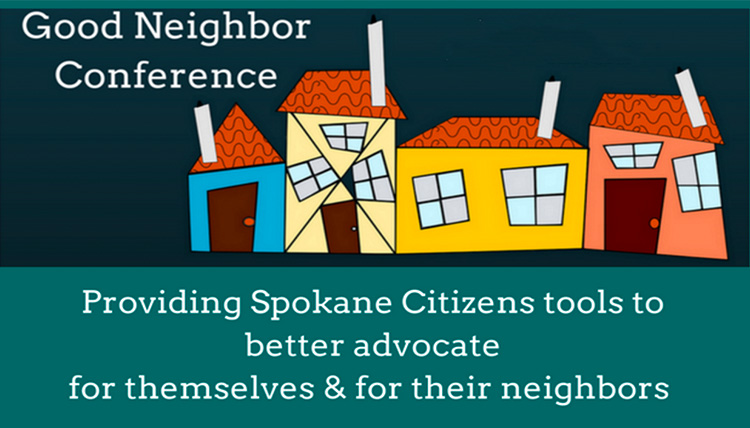 An evening of discussions, workshops and seminars designed to equip community members with tools to be better advocates for themselves and their neighbors. Presented by Spokane Interfaith Council, Spokane Faith & Values, Spokane County Human Rights Task Force and Gonzaga’s Institute for Hate Studies with more than 25 local sister organizations.

Every year on September 21st, the International Day of Peace is observed around the world and is dedicated to creating a culture of peace. The day was established in 1981 by a unanimous United Nations resolution with the General Assembly declaring this as a day devoted to “commemorating and strengthening the ideals of peace both within and among all nations and peoples.” Visit the U.N. website dedicated to the International Day of Peace to learn more about how it is observed worldwide and how you can get more involved.

The Pursuit of Justice Conference, 2013

This conference brought together the leading interdisciplinary academic forum on hate and directly related social problems with the combined social justice leadership of the Gonzaga Law School and the Washington Task Force on Race and the Criminal Justice System. This pairing provided opportunities to align interests in understanding and addressing fear and ignorance of the “other” with interests in how these conditions manifest in hatred, intolerance, and inequality. The conversation was centered around how these problems affect the pursuit of justice.


The Journal of Hate Studies Symposium, 2012

Hate and Political Discourse: What are the structural conditions that allow hate to thrive or might permit its isolation? How might inroads be made in the law or politics of inclusion, especially in countries with strong commitments to rhetorical freedom and popular sovereignty?

The conference brought together individuals with recognized expertise from complementary academic fields to establish the academic field of hate studies. It was the founding scholarly event and the first international conference of its kind.

This interdisciplinary course was designed by five GU professors throughout 2008-2009 to provide to examine the topic of hate from historical, psychological, sociological, organizational and criminal justice perspectives. It was offered for the first time in Spring 2009 and again in Spring 2010.

Jane Elliot, internationally known teacher, lecturer, diversity trainer and recipient of the National Mental Health Association Award for Excellence in Education conducted a special workshop for educators, guiding participants through the problems of racism, sexism, ageism, homophobia, and ethnocentrism, and the responsibility shared by all educators for challenging these forms of oppression.


Smallest Witnesses: The Crisis in Darfur Through Children's Eyes

The Institute and the Gonzaga Office of Student Activities featured this exhibit for 3 days accompanied by speaker events. The exhibit featured drawings collected during a Human Rights Watch mission to refugee camps along Darfur's border with Chad, after HRW researchers gave children pen and crayons to draw while their families were being interviewed.

Throughout the spring semester of 2006, the Institute and the Gonzaga Center for Law and Justice presented this film series for free to the public in order to encourage discussion on the topics of dehumanization, war, violence, and reconciliation. The films shown included:

Fighting the Fires of Hate: America and the Nazi Book Burnings

From March 10 - May 5, 2007, the Institute sponsored a U.S. Holocaust Memorial Museum exhibition in the Foley Library. The exhibit explores how the burning of books by many authors from many countries by German university students in 1933 became "a potent symbol in America's battle against Nazism and why they continue to resonate with the public - in film, literature, and public discourse- to this day." (quote from the museum website)


Teaching about the Holocaust

Voices of Tribal Neighbors: Beyond Myth and Misunderstanding

In March of 2002, the Institute and the Northwest Museum of Arts and Culture sponsored workshops which explored the history, culture and traditions of the Inland Northwest Indians, as well as challenges for tribes in the 21st century. Curriculum for the workshops met national and state educational requirements. The format included curriculum guidelines, panel discussions, local tribal guest speakers, and hands-on activities presented in an authentic manner.

Before this exhibit opened at Gonzaga in April of 2000, over 11,000 students had signed up to view this educational exhibit provided by the Anne Frank Center USA. The exhibit, which was at GU for 5-weeks, illustrated the continuing relevance of Anne Frank's story, reminding viewers that the discrimination and racism that brought an end to her life did not disappear when WWII ended. Learning about her life story challenged the viewer to think about the value of tolerance, mutual respect, and the significance of human rights.