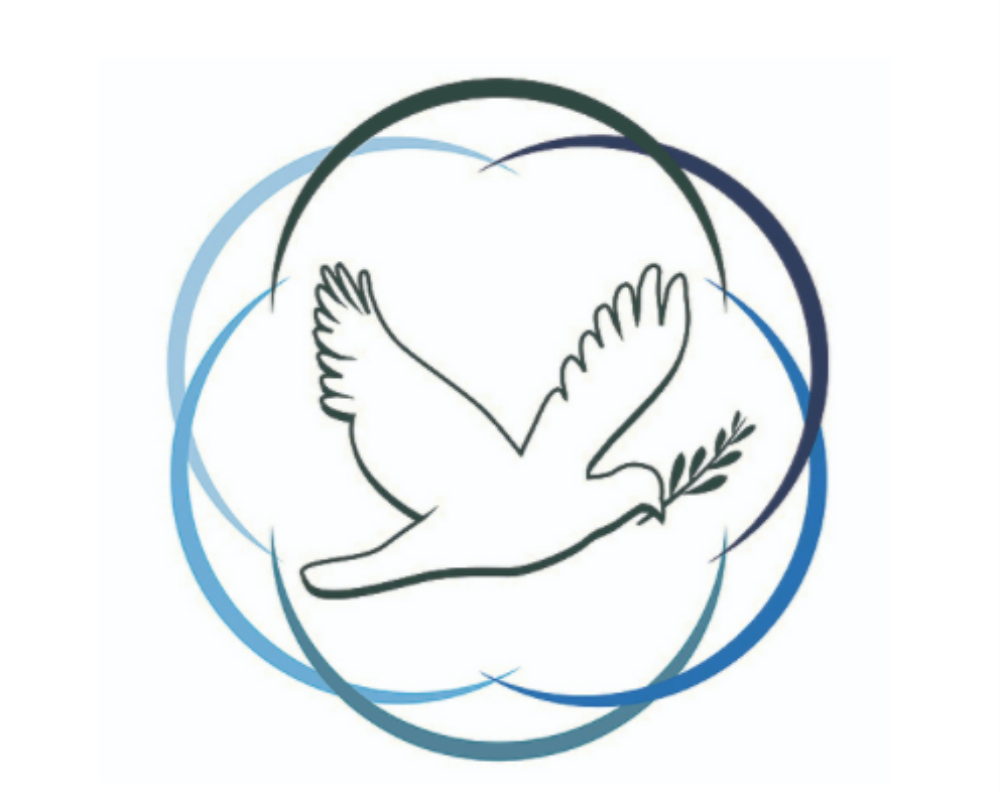 SPOKANE, Wash. — The Gonzaga University Institute for Hate Studies is seeking proposals from students, academics and professionals worldwide to present at the Sixth International Conference on Hate Studies set for Nov. 4-6, 2021. Planned for a virtual format, the conference welcomes all interested individuals to submit a proposal.

Experts: There have been warnings of far-right violence for decades, including in the Spokane area

For Raymond Reyes, one of the founding members of the Institute for Hate Studies at Gonzaga University, the rhetoric, violence and imagery of the insurrection at the U.S. Capitol last week felt both troubling and familiar.

Reference: White, R. (2021, January 15). Experts: There have been warnings of far-right violence for decades, including in the Spokane area. The Spokesman-Review.  Access Online

Expert Cautions Against Counter Protests. The FBI has warned police chiefs across the country to be on high alert for extremist activity ahead of the inauguration next week. The Mountain West has long been a hotbed for these groups. The federal law enforcement agency said there is a possibility anti-government groups and militias may target state capitols, federal buildings, businesses and the homes of congressional members. But Kristin Hoover, director of the Institute of Hate Studies at Gonzaga University in eastern Washington, said if there are rallies, community members shouldn’t organize any counter protests. She warned that would just create opportunities for further harm. — Nate Hegyi, Mountain West News Bureau.

Op-Ed: Unite in battle against terrorism

Open Letter to Fellow Americans: The Kootenai County Task Froce on Human Relation has spent the past 40 years promoting civil and human rights as enshrined in the ideals of democracy that encompasses promoting freedom, equality, equity, and justice for each individual.

SPOKANE, Wash. — The Gonzaga University Institute for Hate Studies is seeking submissions for Volume 17 of its Journal of Hate Studies, an international scholarly journal to be published in fall 2021. This volume will feature a forum on “Pandemania,” a term describing the ill effects of a society dealing with a lingering pandemic.

SPOKANE, Wash. – The Gonzaga University Institute for Hate Studies has awarded its 2020 Eva Lassman Take Action Against Hate Awards to Leslie McAuley and the Spokane County Human Rights Task Force. The awards are given annually to individuals and organizations committed to “taking action against hate.”

Eva Lassman is a hero. She was not only a survivor of the Holocaust, but also an unyielding advocate for educating people about the genocide of 6 million Jews and 5 million people of other nationalities, religions and viewpoints under Nazi Germany during World War II. She was a member of the Spokane community, where she was a wife, mother, and holocaust educator. Her inspirational story is continued in many ways, including several awards in her honor that are given by the Gonzaga Institute for Hate Studies.

The Gonzaga University Institute for Hate Studies has awarded its 2020 Eva Lassman Take Action Against Hate Awards. Leslie McAuley was recognized with the individual award. McAuley earned a master’s degree in theology at Whitworth University and has served for 24 years in a federal agency.

A petition signed by more than 5,000 people also demands that Gonzaga conduct an "exhaustive search to find the individuals responsible for the hate crime.

She may have never attended Gonzaga University, but the way Eva Lassman lived her life holistically embodied the message GU strives to instill within every one of its students. Lassman was captured by Nazi soldiers in 1942, during the Holocaust. She survived and moved to Spokane in 1949 to put those experiences behind and start life anew.

In this time of the COVID-19 pandemic, political divisiveness, racial inequity, and climate injustice, the importance of understanding how the processes of dehumanization and othering harm communities and the world in which we live is as critical as ever.

SPOKANE, Wash. — With so much going on across America and here in the Inland Northwest, you may be wondering how you can help fight racism. Leaders and activists at Spokane’s Carl Maxey Center offered recommendations and resources for how you can make a difference.

Gonzaga University’s Foley Library will be hosting the “Americans and the Holocaust: A Traveling Exhibition for Libraries” from March 19 to April 27. The exhibit examines the motives, pressures and fears that shaped Americans’ responses to Nazism, war and genocide in Europe during the 1930s and 40s.

The end of November usually means going home and eating a considerable amount of food in the presence of friends and family.

Hate makes a comeback in the Pacific Northwest.

SPOKANE — Nearly two decades after the Aryan Nations’ Idaho compound was demolished, far-right extremists are maintaining a presence in the Pacific Northwest. White nationalism has been on the rise across the U.S., but it has particular resonance along the Idaho-Washington border, where the Aryans espoused hate and violence for years.

Today on the Inland Journal podcast, we spend a few moments at the Fifth International Conference on Hate Studies, held this week at Gonzaga University.

Gonzaga University is hosting its fifth conference on the study of hate. Billed as “one of the world’s leading interdisciplinary academic forums on hate, related social problems and ways to create socially just and inclusive communities,” the conference will run Tuesday evening through Thursday afternoon in Gonzaga’s Hemmingson Center.

SPOKANE, Wash. — With the FBI reporting a 17-percent spike in the number of U.S. hate crime incidents in 2017 compared with 2016, rising for the third consecutive year, the Gonzaga University Institute for Hate Studies will convene experts worldwide at the 5th International Conference on Hate Studies April 2-4 at the Hemmingson Center.

Hundreds of community members gathered Tuesday evening at Temple Beth Shalom on the South Hill for a candlelight vigil honoring victims of the Tree of Life Synagogue attack in Pittsburgh.

A quite yet dependable force on campus, the Gonzaga Institute for Hate Studies (GIHS), is especially visible during World Peace Flag Ceremony, an event it helps organizes annually. However, behind the scenes, GIHS has been studying hate for years.

Letter to the Editor: In the face of hate, it is essential to be #SpoKind

We cannot keep silent in the face of hate. What we need to do each, and every day is to engage in democratic and peaceful strategies that support the ideals of liberty and justice for all. Our country and our world are filled with great cultures that have varied rich histories that collectively create a greater good.

Reference: Hoover, K. (2018, March, 8). Letter to the Editor: In the face of hate, it is essential to be #SpoKind. The Gonzaga Bulletin. Access Online

Communities for Justice will be hosting its 4th International Conference on Hate Studies from Oct. 19-21 in the Hemmingson, Jundt and Crosby Centers.

20 years ago, Gonzaga took up the study of hate

Hate speech and hate crimes were on the rise.  Groups proclaiming the supremacy of the white race marched through communities resistant to their beliefs. Minorities on campus received threatening letters and phone calls. Racist graffiti was scrawled on homes and religious institutions.

Cherie Buckner-Webb isn’t just Idaho’s only African-American state legislator – she’s the first and only.  When she goes to events in other states, “I say I live in Boise, Idaho, and I don’t know who’s more alarmed – black folks or white folks,” the senator, a Democratic, said with a laugh. “It doesn’t bother me, but it’s my goal to change it.”

After two summer vacations in Whitefish, Montana, Francine Roston and her family became so enamored with the remote mountain town that they decided to make it their permanent home. They moved from New Jersey in 2014, and Roston, a longtime conservative rabbi, set about working to unite the small Jewish communities of Montana’s Flathead Valley.

May peace prevail" were the words attendees repeated the night of the United Nation's International Day of Peace, in the Hemmingson Center. On Sept. 21 students one by one added a flag to the spiral during the World Peace Flag Ceremony, hosted by Communities for Justice, Pax Christi and One Peace, Many Paths.

Eva Lassman, a survivor of the Nazi Holocaust who spent the latter years of her life speaking out against hatred and bigotry in the Inland Northwest, died on Wednesday evening at Deaconess Medical Center. She was 91. She came to Spokane in 1949 with her late husband, Walter “Wolf” Lassman, also a Holocaust survivor.

Hate Studies?  That’s the “study of hatred,” mind you, not the “hatred of studies” which is a different kind of affliction.  I hadn’t heard of this novel field of inquiry until a perplexed reporter asked me about the NAS take on it.  I confessed my unfamiliarity, and he referred me to a new program at Gonzaga University in Spokane, where the Institute for Action Against Hate had begun offering courses in the Spring of 2009.  I accessed the Institute’s web site, which provides this description:

The Gonzaga Institute for Hate Studies advances the interdisciplinary field of Hate Studies and disseminates new theories, models, and discoveries about hate.

For many years after surviving the Holocaust, the genocide of 6 million Jews and 5 million people of other nationalities, religions and viewpoints under Nazi Germany during World War II, Eva Lassman lived an ordinary life. She married, worked with her husband, Walter—Hebrew name Israel Zev—in his dry-cleaning business and worked at several women’s apparel stores in Spokane to help their three sons go to college.