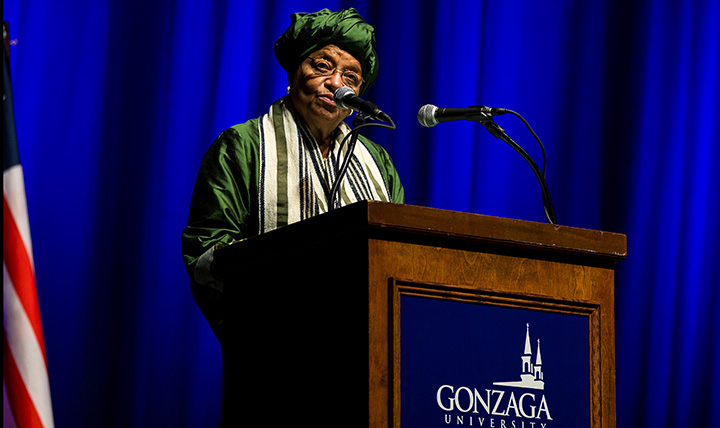 In 2015, Gonzaga welcomed visiting head of state Ellen Johnson Sirleaf, whose topic was "An Uncompromising Woman." The first woman ever elected head of state of an African nation, President Sirleaf is regarded among the most powerful women in the world. Her unique story of service and leadership to Liberia, across a period of dramatic civil war and economic instability garnered her the nickname, “The Iron Lady of Africa.” Johnson Sirleaf is a strong advocate for justice, human rights and women’s rights across the globe. Because of the effective policies implemented by her government, the deadly Ebola virus that caused the deaths of over 4,600 Liberians, was eradicated.