Goal 8: Strengthen the durability and competitiveness of all Division I intercollegiate programs to differentiate Gonzaga as a nationally-recognized athletic institution. In particular, the University will support its successful men’s and women’s basketball programs in an effort to maintain and improve the competitive position these create for the University. (Target: 2022) 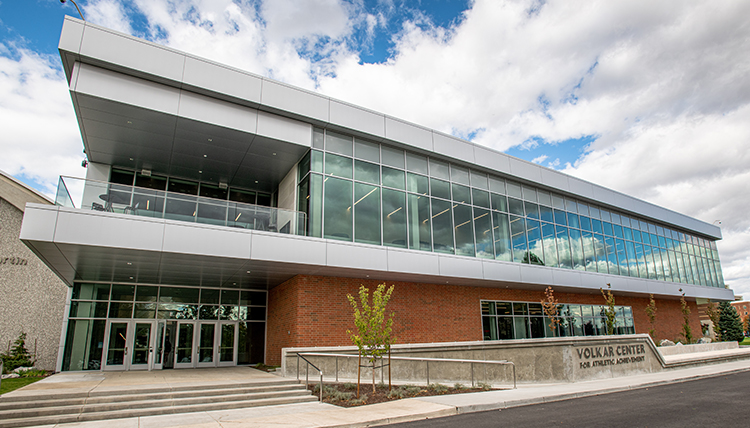 The Volkar Center for Athletic Achievement opened in November 2017. This 51,240-square-foot facility connecting to Martin Centre on the south and McCarthey Athletic Center on the east, helps student-athletes succeed in competition, in the classroom and in the community. The building houses student-athlete support services, a weight room, nutrition center, basketball practice court, Gonzaga Athletics Hall of Honor, and multiple meeting areas. Combined with spaces in Martin and McCarthey, the building provides Gonzaga student-athletes with some of the finest facilities and support services in the nation. The Volkar Center was made possible, in part, by a lead gift from Pat and Sandy Volkar.

Progress in our Division I intercollegiate programs in 2019-2020 is as follows: